Since 1995, We’ve been providing top-quality customer care that has fueled our growth for the past 25 years.

Commercial Truck Repair now operates in two locations, to serve you better. We employ 27 personnel, including 15 technicians, between our two locations. With a first-class, state of the art, 12 bay garage in Cornwall, and a brand new 8 bay facility in Kingston, Ontario. This allows us to provide service from the Quebec border, to Napanee and beyond. Between our two locations, we process an average of 500 repair orders per month, with a growth rate of 15% per year, which has increased to over 20% per year over the last few years.

In April 2020, our Cornwall location became our second Authorized Hino Motors of Canada repair facility. We have been given the chance to represent Hino in the Cornwall area, and grow the brand.

Raymond Desormeaux and Lynn Desormeaux started a family owned and operated business in 1995. A family operation with a small shop from home and also doing road side service, and have grown from there. Commercial Truck Repair became incorporated in 1997, In 1999, we began our relationship with Mack Trucks. In 2012, Commercial Truck Repair joined the NATLG Mack Lease Group. Later that year, we purchased our first Mack Truck, a CHU model, under our Leasing Company T.A. Management services. (T.A Management stands for our twins, Thomas and April). In April 2019, Commercial Truck Repair opened it’s second location, in Kingston, and began our partnership with Hino Motors of Canada. The following April, while celebrating one year in Kingston, Our Cornwall location began it’s own partnership with Hino.

Since then, our fleet of trucks has grown to 24 fully maintained, lease units. These trucks are leased to various customers. This also includes 3 daily-rental units, operating within Cornwall and the surrounding areas, as well as the greater Kingston area.

Commercial Truck Repair earned the title of Regional Finalist in the 2017 Mack Masters training competition, after being crowned Champions of the Canada region. We sent or team to Allentown, PA to represent Canada in the Mack Masters world competition, and compete against the best in the world.

We have an outstanding team of skilled, trained individuals, who all understand how key UPTIME is. Commerical Truck Repair will always go the extra mile, to provide the best service in Cornwall, Kingston, and the surrounding areas.

Great People and Great Service in my book. 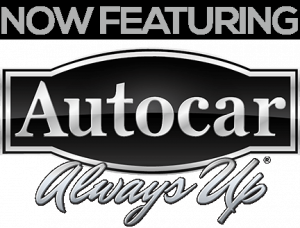